For the past two and a half years, I've been working on a street portrait project in Tijuana's redlight district. I don't shoot much of anything unless I'm there. I decided to stretch my wings and go meet some folks on Fremont - those people who stand in the circles and perform and whatnot.

But first - some obligatory canopy shots: 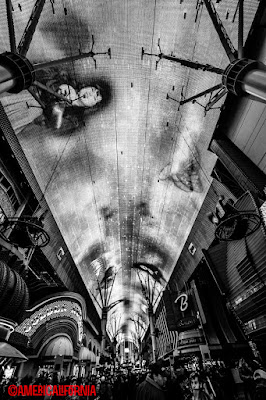 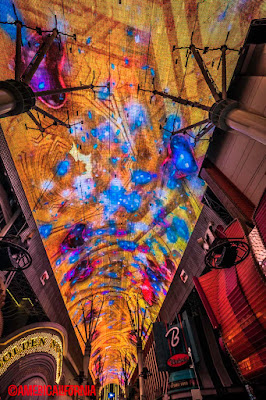 This was the first guy I shot. He travels all over the United States with his ministry. His sister lives in Las Vegas and he had come down to visit her and her family for Christmas. He said he was heading to San Francisco for New Year's. Forgive me as I've forgotten his name. 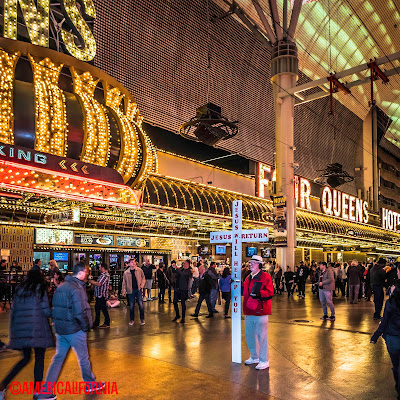 I strolled down a bit more and met Casey. He gives out free hugs. Did you know that there is an International Free Hug Group? There is! Regardless, Casey himself has a full-time job and he travels for his job so he does this for fun. He told me gives out on average 500 hugs a day. I asked him how many men vs women, figuring probably 95% women.... nope. 60/40, in favor of men! 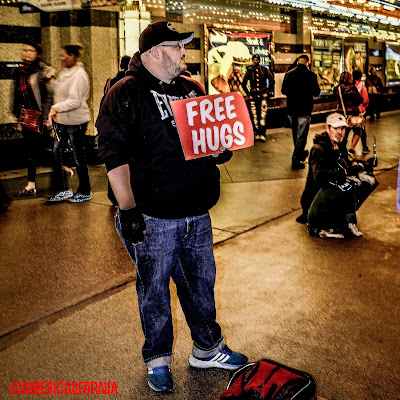 Further down, I watched Monica making those little palmetto roses. She has been doing this for about six months. She was from San Francisco and her boyfriend also makes the palmetto roses. She would come down and sit with him but the Fremont Patrol told her she couldn't just "hang out" so she started learning how to make them and now often comes down just by herself. She started with the roses and then began making crosses and realized the inner rib of the palmetto made great angel wings so she started doing that and then makes butterflies from them in the summertime. 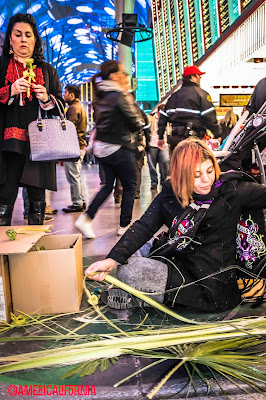 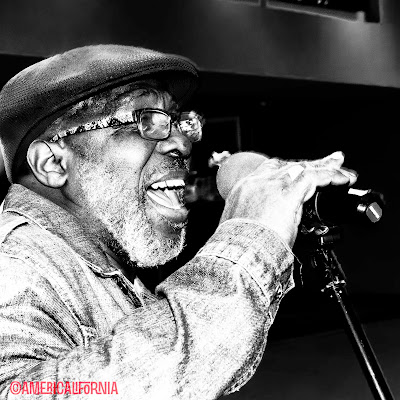 I turned back down and headed towards The D again and this cat, Larry "The Crooner" Holmes was out singing with his very own backup dancer Ernestine, plus a few more revelers who joined in. He had an amazing voice and reminded me of OC Smith (Sandlappers may know who this is....) 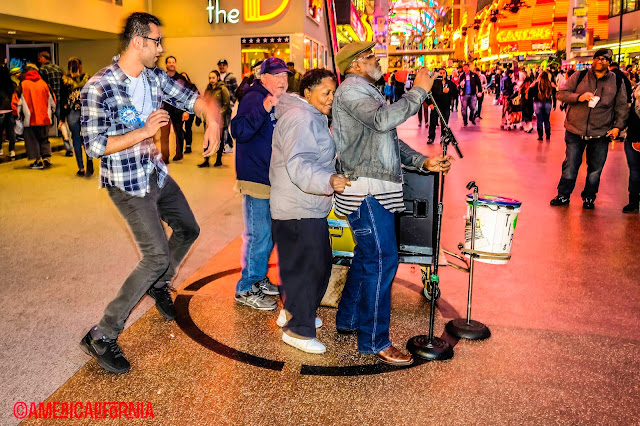 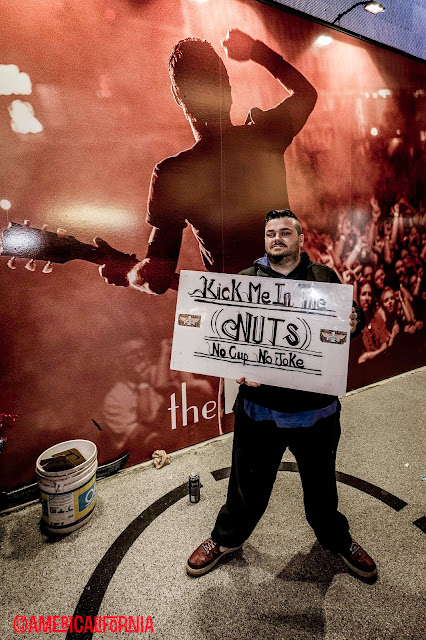 Down near the Golden Gate, I met Wicked. He offers to let people kick him in the balls for a minimum donation of $20. He does this full-time and supports his wife and their son on what he makes getting kicked in the balls. He told me he had been on disability for a while for an injury he'd received at work but because he realized he could make money getting kicked in nuts, he got off the disability and just makes money doing this. He's been "in business" for four years now. His brother also does it. 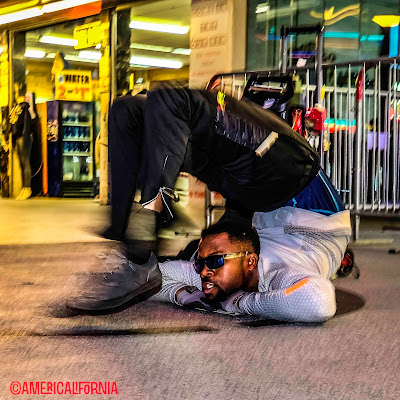 Just a few feet away from Larry was Mormon. He is one of the finest contortionists I've had the pleasure of watching. He's been doing this for more than ten years all over the world. He was so fast! I created a quick animation from a series of the photos I shot of his performance.

After listening a bit more to Larry (I kept going back to him and grooving...), I spotted these two chicas - Taylor & Megan. Taylor is on the left and has been doing this for four years; Megan has been doing it for two years. Megan is from California but says it's way too expensive to live there now and she likes Las Vegas. The girls were very popular and a large crowd formed around them, several guys getting their photos taken with them. 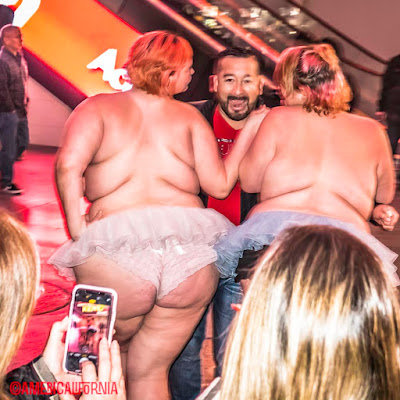 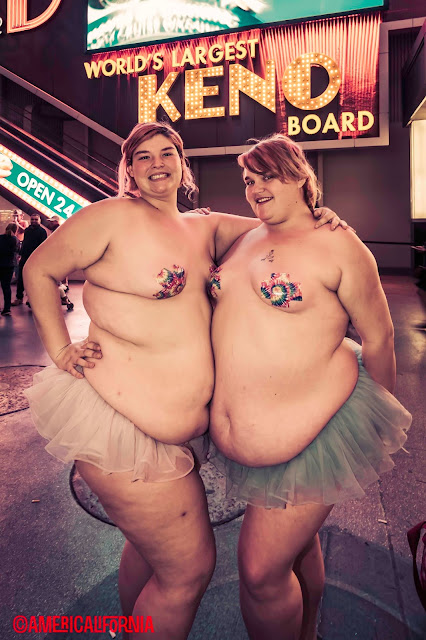 It was getting late so I turned back to return to the Fremont and the Chicago Bucket Boys had just started their performance. Ken & Howard are from..... Chicago! Ken has been drumming since he was 12. He's 25 now. These cats are super-synchronized and very cool to watch. 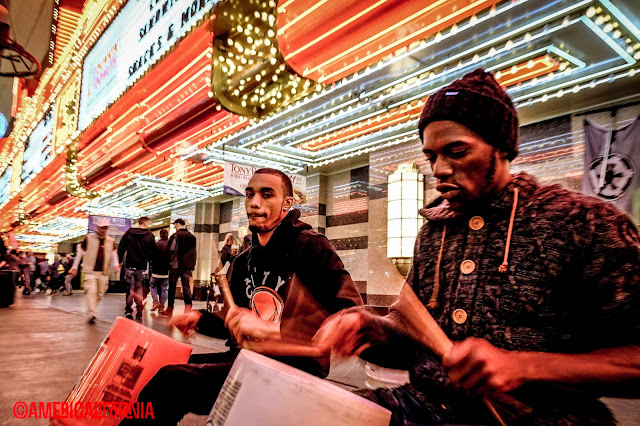 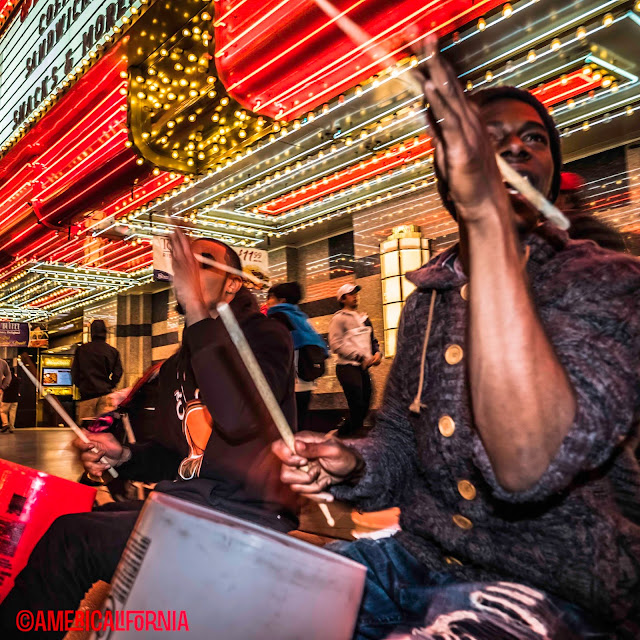 I asked a few of the performers about how it works - how do you get to perform? You basically go to a lottery every day and draw a time. It's two hours. You don't pay anything to have the space for two hours but you have to have the permit that allows you to be there. Wicked showed me his copy for the evening: 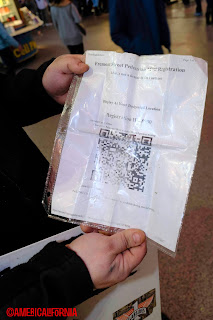